“I cannot balance coronavirus measures with [running] the (LDP- Liberal Democratic Party presidential) election campaign. I will dedicate myself to preventing infections from spreading.” 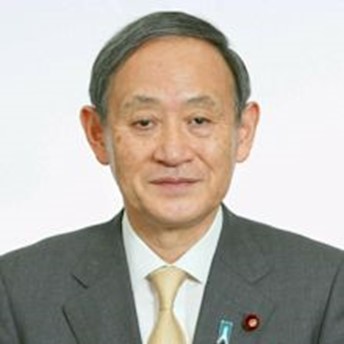 This stunning statement made by Japanese Prime Minister Suga Yoshihide (picture) on September 3rd brought to an unexpected end his year-long tenure.

The LDP is the longest ruling ,thus most successful Conservative party among the world’s democracies. It is justly credited with Japan’s postwar emergence as a major global economic, cultural and  (since 2012) influential political power. The Party has been at the helm for sixty of the past sixty-five years. Therefore, the president of the LDP almost always becomes prime minister right away.

The LDP is in fact a steady coalition of factions- these days seven in number. Mr. Suga did not have a faction of his own but was nonetheless able to reach the pinnacle of power to a significant extent due to the fervent support of his powerful predecessor Abe Shinzō, whose marquee domestic and foreign policies he pledged to continue. Relevant in this context is that Mr. Suga had been Mr. Abe’s Chief Cabinet Secretary – thus closest to the PM in both policy and politics- for the full eight years of the second Abe administration.

Abe Shinzō was the longest serving prime minister in Japan’s history (2006-7 &2012-20) and left a most important legacy in the domestic realm and even more in foreign policy.

Abenomics – the three-pronged economic, fiscal and monetary policy of Abe Shinzō- continued unabated under Suga. Abe-era economy-related office-holders stayed on. The outgoing Prime Minister’s top initiative (he didn’t give himself time for more) concerned  government management reform and digitization of the machinery of State. Mr.Suga’s decision to hold the 2020 Olympic and Paralympic Games -postponed for 2021- in drastically limited conditions due to the scourge of the New Coronavirus and in the face of domestic and international opposition was a display of fortitude and leadership. And yet, if the serious challenge of the national health emergency is the real reason for Mr. Suga’s departure it would indicate a lack of basic stamina which his towering predecessor possessed to an exceptional degree.

Abe Shinzō’s transformational role in Asian and global international relations (for which his candidacy is being proposed for the Nobel Peace Prize) gave Japan a position of influence which Prime Minister Suga wisely nurtured. The Abe Free and Open Indo-Pacific [FOIP] concept centred on Japan, the US, Australia and India [the Quad] – the democracies’ political, legal, economic, technological and military -though peaceful- response to aggressive (not assertive) Chinese hegemonism was reinforced by the Suga administration with enthusiastic support of the Trump and Biden administrations. Canada is a declarative FOIP supporter.

Mr. Suga succeeded Abe Shinzō who stepped down for health reasons and was to have completed his predecessor’s last of a three-year term as LDP leader as well as call an election for the all-powerful House of  Representatives. Now, those two major tasks will be carried out by another leader.

At this point the Takaichi candidacy attracts attention having received the valuable support of Abe Shinzō, immediately after the Suga resignation announcement.

On the other hand, it is somewhat strange that at this writing, Mr. Kōno is considered the most popular candidate nationally, although he was in charge of the anti-New Coronavirus vaccination campaign– whose problematic rollout probably caused , in part, Prime Minister Suga’s resignation.

Japan, between 2006-2012, was in one of its occasional periods of “revolving door” administrations (like in the 1930s, 1944-48, the late 1970s and the late 1980s) a phenomenon peculiar to the nation’s political culture. The country had six prime ministers – three representing the Liberal Democratic Party [LDP] –and three from the Democratic Party of Japan [DPJ],a now-defunct LDP “light”. Although in the postwar era a string of  brief administrations does not cause confusion given the country’s solid democracy and the firm continuity provided by the powerful bureaucracy, Japan’s international stature – which Abe Shinzō had enhanced to an unprecedented degree- and the national mood- are inevitably impacted. One hopes that Mr. Suga’s resignation has not reopened the “revolving door.”